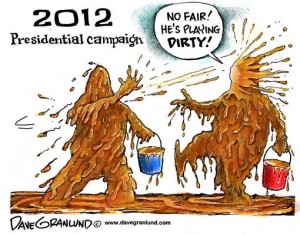 Anyone remotely related to the world of political posturing knows about attack ads and in today’s world, they are most often created via videos that can be shared and circulated ad nauseam (amen)!

Depending on what level of game play, these videos can be personal character assassinations and the author can be camouflaged to the point of total anonymity. They are often false, created in the heat of the battle.

Folks who decide to run for elected office really shouldn’t have to deal with this aspect of personal opposition. It demeans the process, forces more distrust in an already shaky environment and oversteps professionalism. And once the campaign is over, it’s all old news. The victor has won so need to further tromp on the spoils.

Not so, say the folks at Google and YouTube. Those videos live in infamy and unless you’ve got a mighty legal budget, it’s an exhaustive run around to attempt to remove them. They’ll suggest you take up your complaint with the author in order to provide full transparency, even if said author doesn’t exist.

I suggest political attack videos stick to issues and not personalities and that when the crusade is completed, ANY videos pertinent to that campaign be automatically removed.