TALKING TO CAMERA FOR BEST POLITICAL CANDIDATE CONVERSATION WITH AN AUDIENCE 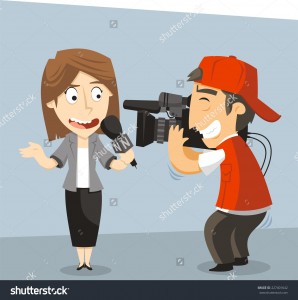 Seasoned politicians can talk to anyone about anything relevant to their elected position, be it a reporter, a constituent, a crowded room, or directly to the camera in front of their face. A first-time candidate might find speaking into a faceless lens more daunting, and oftentimes the campaign team or consultant will look to an easy fix, the teleprompter. Unfortunately, most of the time this backfires, since it takes experience to learn to balance eyeline and content so it doesn’t look the candidate is reading lines, which can be misconstrued for lack of knowledge of or sincerity for the issue.

In fact, folks passionate enough to run for public office for the first time usually have plenty of experience talking about campaign issues big or small, they just need to understand what’s behind that impersonal lens. In actuality, it’s the audience in the town hall meeting, the board of supervisors they want to persuade on behalf of everyone else in the room; it’s their constituency.

We often take our candidates aside for a few moments before shooting their first video or campaign ad, and explain that their passion at the podium every Tuesday makes them a seasoned and compassionate expert. The camera is just another piece of equipment like the microphone to assist in conveying their message with the potential to reach a much larger audience. It’s amazing how well that works to allow the candidates to relax and be themselves in a new milieu.

One other trick often works too. We move most of the extras – friends, family and other supporters, out of the shooting area for a few minutes. We have the candidate do a good direct to camera sound bite and then we play it back for them on the location monitor. This gives them the chance to criticize their performance privately, and get our input, before we waste time with constant playback when we’re on a roll shooting. Most of the time realize they are doing exactly what they set out to do, talk to the voter they want to persuade.

The camera is merely the messenger.