Sorry, Women Are Better Than Men 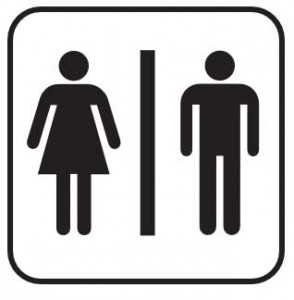 Last week was a sorry week for women, at least as far as my media was trending.

I was told to “Stop Apologizing and Start Leading: A View on Female Entrepreneurship” (still again, though I thought this was all covered in that viral video selling shampoo and conditioner last year). In that video I thought the young woman was kinda mean when she stole all the covers from her husband declaring, “sorry, not sorry” in her newly liberated role. I really did.

I was told once again, not a lot of us ladies are running for political office. The city council in my city has 4 women and one man and 3 women running for open seats. Our Board of Supervisors has more women than men. The two U.S. Senators from my state are women. The House Minority leader is from my state. The state Attorney General is a woman. Many of my friends who are former politicians now run leadership organizations or lobby for education reform in our state capitol or work as adept political consultants and/or as above referenced entrepreneurs.

I was presented a story in the Arts & Entertainment section of a major New York publication entitled, “Female Trouble: Why We Love Messy, Hapless TV Heroines And Want Them To Stay That Way.”

I was told it was OK to eat out alone and not appear lonely.

Sometimes all this condescending crap worries me, especially as it appears to be written or proliferated by women.

But, after much thought, I finally get it. It’s originated by men under subterfuge. Because they know, inherently, women are better than men, especially when it comes to business and politics.

For example, women were born to pivot, that trendy Lean Startup methodology that means you learn to steer, turn, persevere or, to save few thousand words, adapt. I’ve written about this before; ladies adapts monthly from a young age, adapt for nine months in order to participate in a miracle as the late, lovely Erma Bombeck wrote and later spend several years on a flashing/flushing hot seat. All this while probably working or talking to constituents or clients – not eating bonbons on the sofa.

No matter how they try, men cannot do these things. They CAN NOT. Sorry guys.

And there’s much more physical training. For example, while my husband is in great physical shape, he has never had much kidney control as he never had to work on that. After a few ice teas, he’s a mess if we’re taking even an hour walk, sometimes ditching behind trees as I wait with kind patience. When our eldest daughter was a year old, I became pregnant with twins and had seven sonograms each requiring that I drink a gallon of water beforehand and wait a long time for relief. Needless to say, I can watch The Sorrow and the Pity without a pit stop as can many of my peers.

Here are just a few more examples of why women are better than men:

There’s a young man who wrote a long book and gained a reputation for doing all sorts of outrageous marketing ploys for client American Apparel. As most everyone knows, that company canned their male CEO for numerous offenses against women employees, and the company recently hired a woman CEO to clean things up with the intent to “purge the marketing of their products of overt sexuality.” That young man has now written a very short book that he says he researched for several years on new internet-based marketing tips including this pearl: “you can create hundreds of fake profiles to make your service look more popular and attractive than it actually is…”

The majority of women at any age don’t find deceit good marketing. Period.

Finally, last week, in the middle of reading about all these things I was told were wrong or lacking in me because of my sex, a client gave me the nicest compliment. She told me “I sparkle.” What a cool thing for a woman to say about a woman. I don’t think she’d say that about a man, unless he was replete with sequins.

If every woman reading this were to replace the woes of our female faults with the true facts of our fabulousness, we’d take one huge step forward for womankind.

That’s what I think. Sorry, not sorry.