SLASH AND BURNERS: BOOMERS AND MILLENNIALS 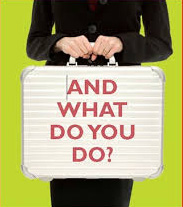 There a lot of buzz about these days that the millennial generation have been more or less forced by economic circumstances to take on a wide variety of jobs rather than just one, https://www.viagrapascherfr.com/acheter-sildenafil-france/ purportedly, as in the days of baby boomers’ past. This has been nicknamed the “slash generation” i.e.  retail sales associate/fashion blogger or tech support rep/freelance website designer or such – http://www.nytimes.com/2014/12/07/fashion/the-lives-of-millennial-career-jugglers.html?_r=0

I offer a contrary point of view on two fronts: baby boomers have been slashers since even before they entered the traditional workforce, and slashing the career world is like smashing the glass ceiling; it’s fun, not an unwelcome consequence of life circa 2015!

When I was in college circa baby boomer times, I had several jobs. I was a student/war protestor/ travel rep ( I sold trips to the Bahamas on campus for a company called Student Tours. The vacation cost $150 for 7 days in a paradise dive and I made $15.00 a trip – fantastic money at that time.)

Women were born to slash, but men do so too. For example, my husband is also my business partner and in his boomer past he was a student/war protestor/drummer (making great money when booze cruises were legal all the rage). Then later he became an independent filmmaker/professor, then small business owner, the later which de facto means sales rep/agent/fear monger/tax preparer/loan officer/vigilant pray-er and later, father/school volunteer/24-7 worrier.

In retrospect, we wouldn’t have it any other way.

My eldest daughter is a millennial and a slasher – but a happy slasher. She’s an associate producer/MBA bartender/part-time teacher and recent small business owner, the later which de facto means sales rep/agent/fear monger/tax preparer/loan officer/vigilant pray-er.

She tells me she wouldn’t have it any other way.

Anyone out there reading this who is self-employed is no doubt a slasher. A lot of baby boomer folks who are anticipating  traditional retirement might find they will be slashing in years to come, especially if the stock market stays erratic and they live to be 100.

So millennials heed this ‘ol boomer – slash with pride. It’s much more fun than being bored!