OPENING THE DOOR ON CLOSED CAPTIONS 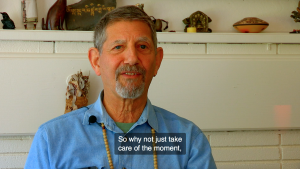 If you want to get your movie or TV show on a broadcast network or even a national Video on demand simvastatin (VOD) site, one of the more obscure requirements you have to face is supplying the film with closed captions for the hearing impaired, which is mandated by the FCC. While this may seem like an automatic procedure, it isn’t that easy as I recently found out preparing our documentary “Who Wants to Live Forever, The Wisdom of Aging” for broadcast on PBS World.

The first step is to have a closed caption track made from the audio track of the film. For this, I sent a link for the entire film on YouTube to a great caption company I found, a San Francisco based startup called Rev. They charged a very reasonable one dollar per minute of film time for a perfect caption translation, and turned the file over via the net in less than 48 hours. In addition, they will give you as many file formats of the caption, and they are many, depending on your NLE platform, final output and delivery, for no extra charge.

Next I tried the Adobe Premiere Pro editing system ($799) and same results, OP1A format but no closed captions.

Finally I was forced to use the AVID Media Composer ($1,500), which would add the closed caption track via a data track added on the timeline and output the OP1Afile with closed captions.

As you can see, this can be a time consuming and expensive way to get your film out there. And in the fast approaching VOD world, it is required by most platforms including Amazon, Netflix, Hulu and others.

You can use FCPX and Compressor to output your film in Pro Res with captions, but not all broadcasters and platform take that format. So look at the platform requirements first before you get started to export your masterpiece for a world audience.