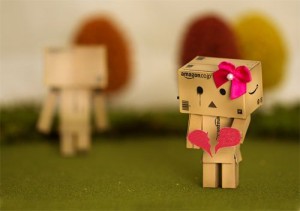 Similarly, this recent “viral” video produced by a company that makes, sells and markets menstrual products for young women, left me so disappointed in my fellow females (filly females?) and their hopefully inadvertent breadth of triteness. https://www.youtube.com/watch?t=124&v=VhB3l1gCz2E.

Please do not get me wrong, I am ecstatic about raising “unstoppable” daughters; I did so with two gems that make me feel proud every day of their myriad accomplishments. However, when they were in puberty, I did not suggest they write words they felt were demeaning on big white boxes, and then jump on them or kick them in or hit them with a mallet to feel the aforesaid unstoppable. I encouraged them to be their great, feminine selves. Play sports if you want (lacrosse, cross-country and basketball were their favorites), or an instrument (ugh, painful trumpet experience, though my youngest daughter can play the recorder with her nose), or design clothes, or write stories, or run for student government, or volunteer to make cookies or robots. I did the same with my son as well, though if memory serves me right he was always jumping on boxes or making box forts with wads of packing tape with no prodding from me.

And furthermore, I truly appreciate that this video was the hard effort of a female director, who in this rather staged moment, was offering what she felt was empowering action. But I suggest, not so much.

My daughters were on film and video sets most of their adolescence. Sometimes they were called upon (forced) to play a character when there was no budget to pay for talent. For example, in this case, there was some real sibling rivalry as to who had to play the pregnant teen and who got to play the friend https://www.youtube.com/watch?v=QjV8QzUw_Q4 .

But they always knew they were playing a role, as opposed to this video that suggests authenticity, while it is anything but.

And one other thing of note as a producer – half of the characters in this video can’t claim pubescence at this time in life – that train left the station some time back. So why are they in it at all? Is this a stab at diversity? In that case, throw in a young dude with a cracking voice or really spice things up with Nat Wolf jumping around.

So in closing, I suggest to Mr. Alan Lafley, white, male CEO of Proctor and Gamble: Let’s not have women capitalize on women under the guise of new revelations. It’s been done before – and not well – yawn. And please also note, we women, whether in puberty or menopause or somewhere in between, are way past that baloney.