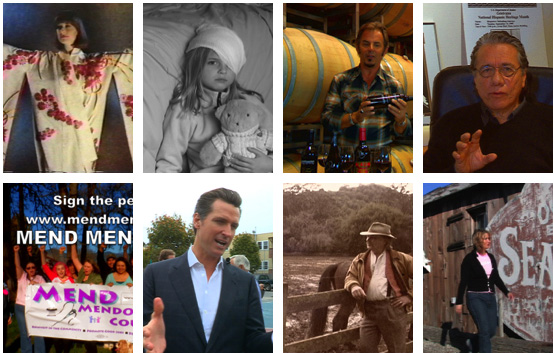 • Working with both the Italian and Japanese embassies in conjunction with John Wanamaker Department Stores to create the documentary films, Italy Renaissance and Japan Dynasty featuring noted designers such as Hanae More, Comme des Garcon, Missoni, Valentino and many, many more artisans from both countries.

• Creating a series of promotional videos for the first digital Tetris games, with creator Alexey Pajitnov, for Spectrum HoloByte.

• Working with the Coca Cola Foundation and the San Francisco Parks Alliance for an educational video promoting the health benefits of the parks geared to a young audience, featuring Lt. Governor Gavin Newsom.

• Producing the promotional video for Big Book, the FIRST online directory before Google and the rest of the search engine companies.

• Our 2016 healthy aging documentary, Who Wants to Live Forever, the Wisdom of Aging, http://www.aginginc.com.

And so many, many more. Heartfelt thanks to our clients and friends as we create some new memories in the year ahead!